International Day of the African Child 2022

On June 16th, 1971 more than 20,000 South African students in the township of Soweto took to the streets — demanding to be taught in their own language. Armed police officers responded by murdering hundreds of protesters. Now a public holiday in South Africa, referred to as Youth Day, it’s also recognised throughout the world as International Day of the African Child.

This year’s theme is “Eliminating Harmful Practices Affecting Children: Progress on Policy & Practice since 2013”. In Tanzania, the theme has been localised to “Strengthen Child Safety; Eliminate Violence against Children”.

The Tanzanian government’s commitment to children’s safety is underlined by its national plan of action to end violence against women and children, which was launched in 2017/18 and is still operational.

For our part, Children in Crossfire are working with a team of journalists located in all 26 regions of Tanzania. Our conviction is that the better informed people are, the fewer victims of violence there will be.

Journalists, members of the Union of Tanzania Press Clubs (UTPC), are championing community awareness of the importance of investing in Early Childhood Development through local and national media. During the last quarter alone a total of 146 stories were published and/or aired focusing on the five themes of Nurturing Care for ECD: Health, Nutrition, Early Learning, Responsive Caregiving and Safety & Security.

Emphasising Safety & Security today is vital, mainly because violence against children can potentially undo all significant gains from investment in ECD’s other four pillars.

The journalists Children in Crossfire are working with will continue to write on this crucial issue.

Below are just a few of their newspaper cuttings. 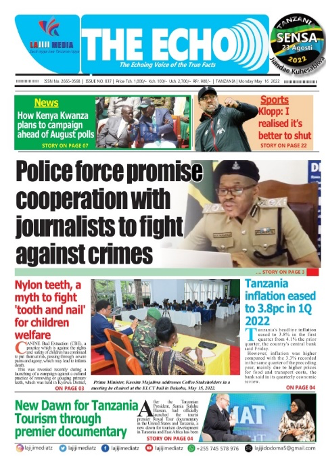 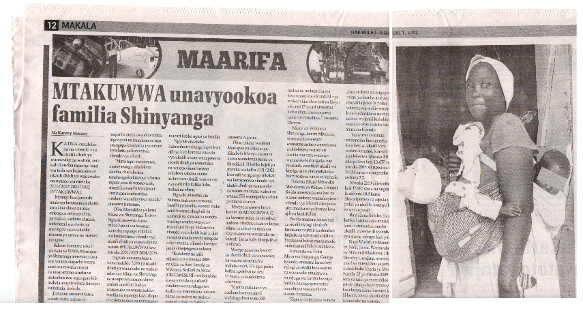