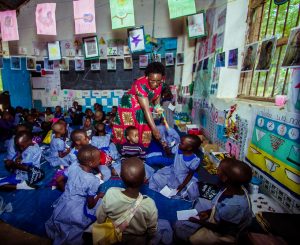 OUR HEAD OF FUNDRAISING, RONAN MCCAY SHARES HIS EXPERIENCE OF A RECENT TRIP TO TANZANIA TO VISIT OUR INTERNATIONAL PROJECTS. IN THE FINAL INSTALMENT OF THE TANZANIA DIARY, RONAN IS IN UKEREWE ISLAND.

The school toilets I’ve just seen were infuriating. Every child using them is at risk of disease; such poor sanitation can cause cholera, diarrhoea, dysentery, hepatitis A, typhoid and polio. They’re bound to get ill, and I reckon missing school will be only one of the possible consequences. No child anywhere in this world should endure such awful conditions!

A relatively short drive across Ukerewe Island later and we’re at Nsenga Primary School, the last I’ll visit. Richard Moore and some of our supporters visited here last year and I’ve seen photos of half-built classrooms taking during their trip. The first thing I notice is that they now have rooves on them, keeping children dry when the rain comes and cool under the blistering sun. They also have newly built toilets with a water supply. It’s not luxury but it’s so much better than what the kids down the road have. Progress! 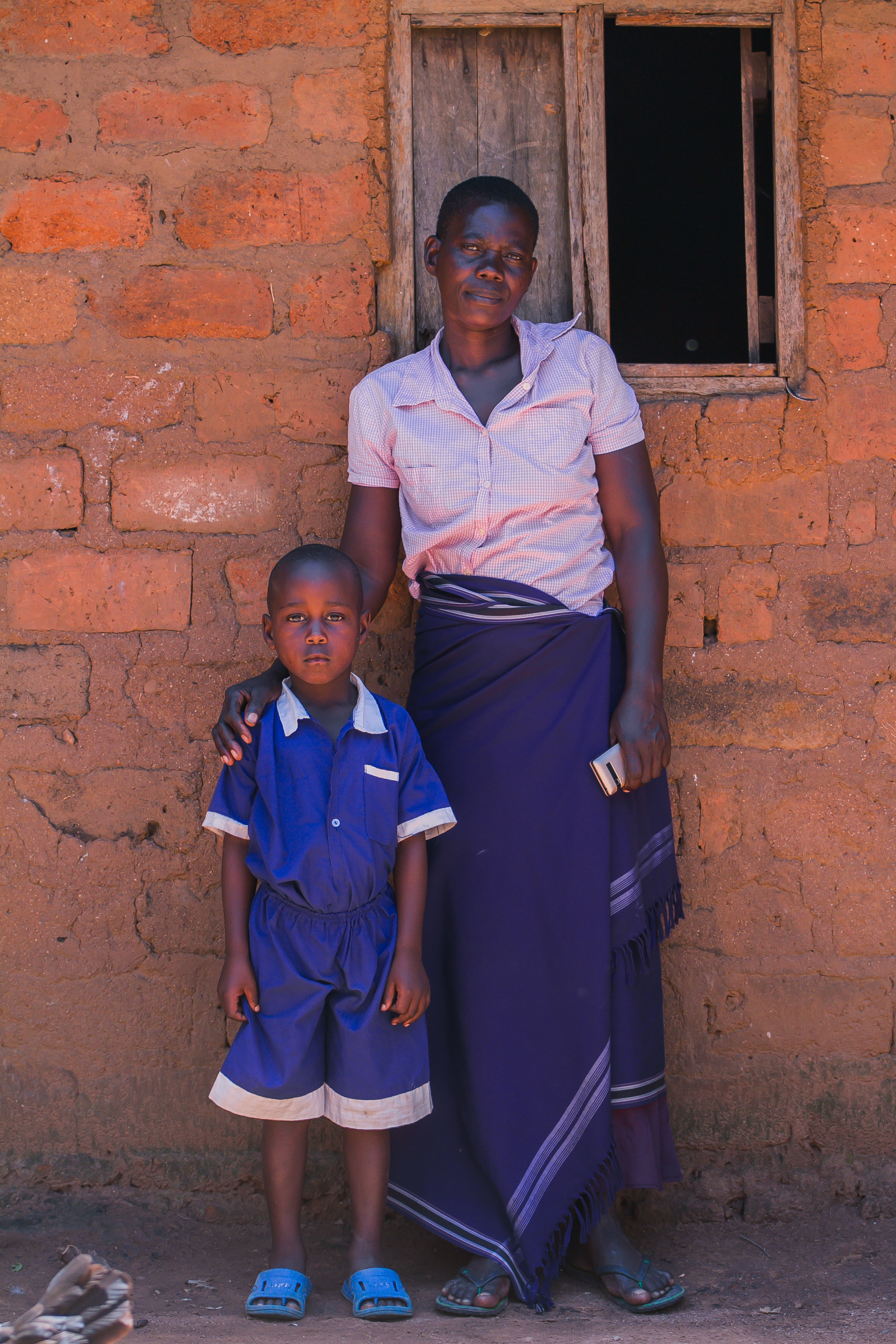 We gather under the shade of some trees with parents, grandparents, teachers and school officers. Peter, the principal, lists all their needs to us. It’s a frustratingly familiar list at this stage. I sense he’s frustrated too, trying to bridge the gap between giving his pupils everything they need and everything he can – and knowing the two will likely never cross.

Then, as the pre-schoolers are done for the day, we pop across the road to visit Nelson and his mum, Veronica at their home. Nelson is in our Early Childhood Development programme and Veronica tells us about the positive impact it’s having for him. He’s none too pleased at having to put his uniform on for our photos but eventually he gives in. In many ways 4 year-olds are the same the world over. It’s just that some have so much more than they’ll ever need and some need to get by with so much less than they ever should.

Over the last week I have seen in school after school Children in Crossfire’s positive impact, but also the vast challenges these schools face beyond that. Overcrowded classrooms, too few trained teachers, inadequate teacher accommodation, no running water, a lack of learning tools. What Children in Crossfire is doing is wonderful, but we want to do so much more. We need to. We need your help. 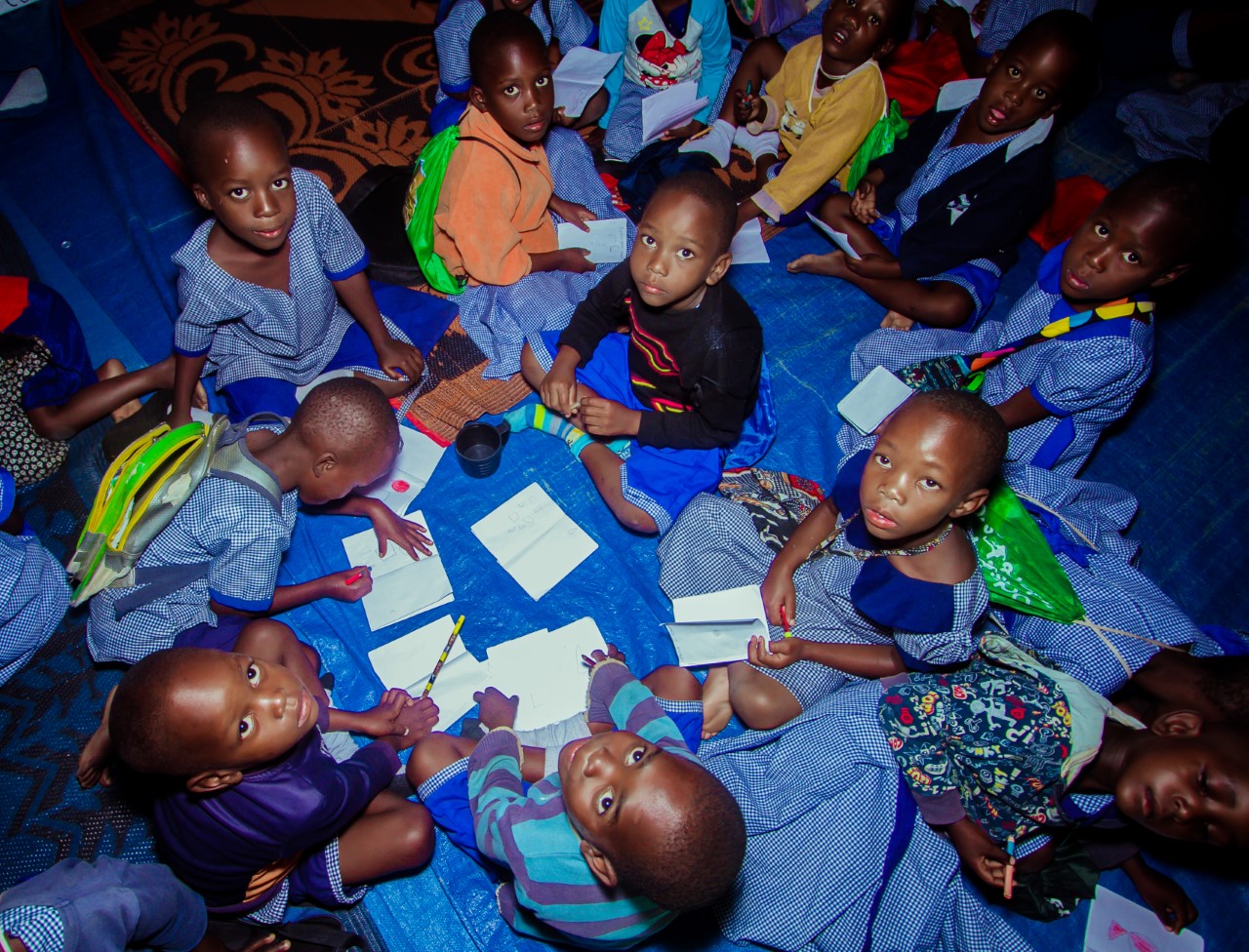 Ukerewe has been the most emotive stage of my trip. As we leave it behind for an overnight stay back in Mwanza ahead of our return flight to Dar, my mind is a slideshow of memories. There’s that teacher with the big smile. The local men working hard building new classrooms. The mothers at Nsenga, with so much love for their children. The women’s group in Kinda. My Children in Crossfire colleagues, working endless hours often away from their families to make life better for their fellow countrymen, women and children. Our grassroots partners, working hand in glove with us to make lives better. Monica in Madizini. Emma in Tandale. Smiling, happy children everywhere we went. All against a backdrop of deep poverty. Poor healthcare. Isolation. Frequent hunger. Injustice. Good, kind people who deserve goodness and kindness back in spades. 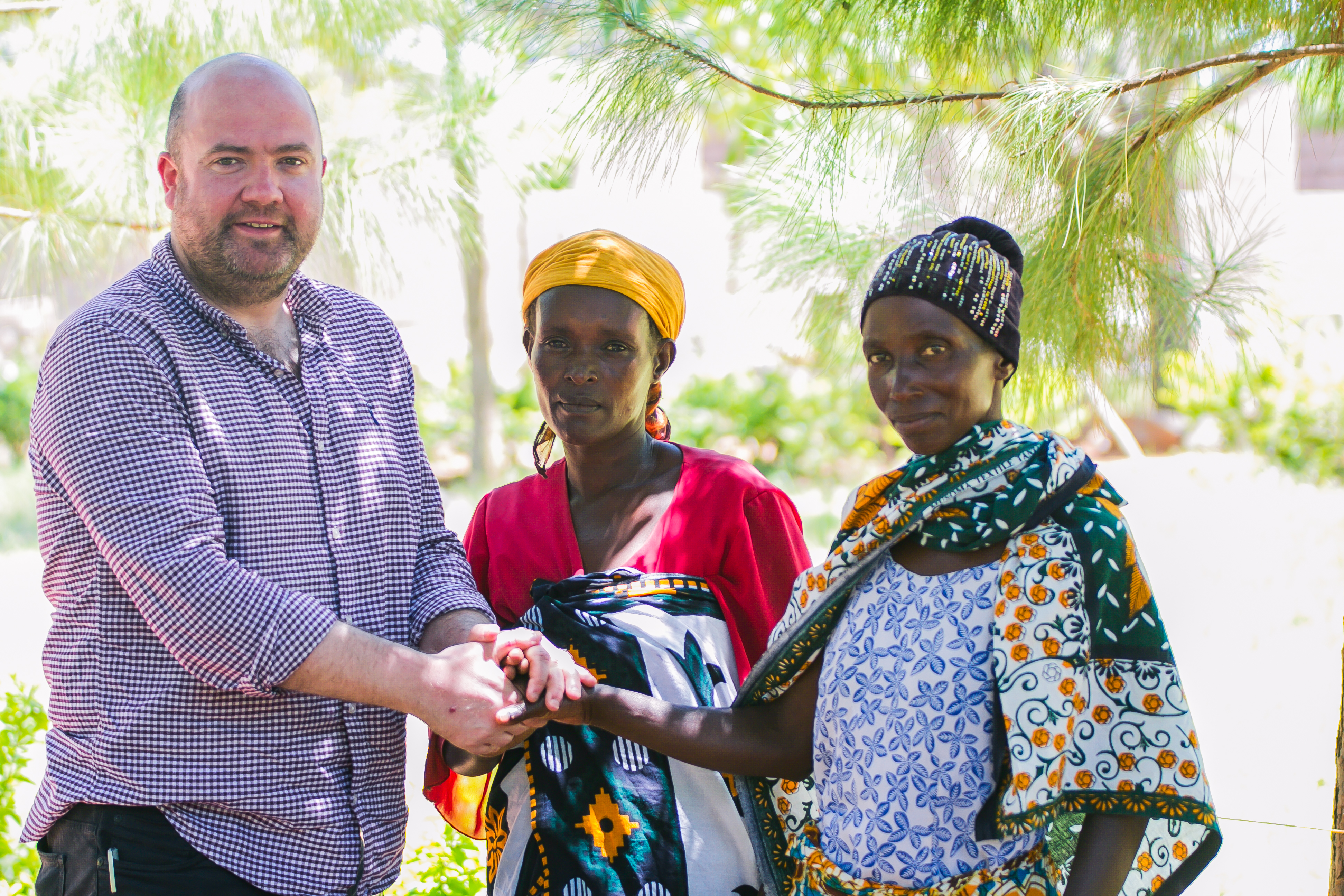 So there it is. Ukerewe, Mwanza, Misungwi, Ndole, Kinda, Mvomero Madizini, Morogoro, Dar. All of it remarkable. No longer vague place names for me but real memories and real people. Tanzania has been everything I thought it might be and more.

As I sit in Dubai Airport waiting for connecting flight to Dublin during my 30 hour trip home, exhausted but energised after a non-stop rollercoaster ride, I respond to a good friend who messaged asking me how it all went: “It was amazing. I can’t wait to go back.” For me now it’s no longer just about what Children in Crossfire does in Tanzania, as it was before. Now it’s also about Tanzania has done for me. I’m ready to get back to work.