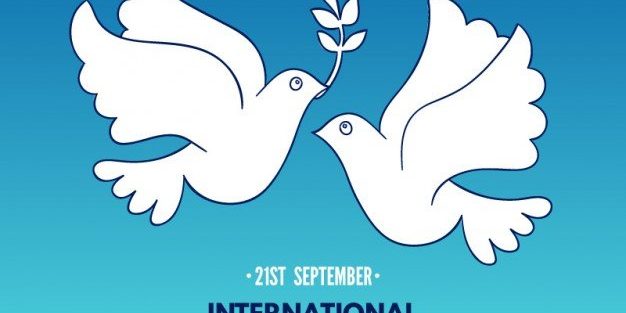 Peace Studies emerged after World War II, and especially in the 1960s when peace movements reached a height across Europe and North America.  At this time, definitions of peace were largely framed around the absence of war. Such definitions were commonly known as negative peace. However, Johan Galtung is credited with developing the concept of positive peace, which included not only the absence of war and organised violence between groups, but also the presence of cooperation or harmonious living between groups. Development Education promotes harmonious living on a global scale through encouraging participants to understand global interdependence, and promoting solidarity as interconnected citizens of the world.

Structural violence, in its broadest sense, refers to institutions that facilitate various forms of human suffering, misery, and alienation, such as: poverty; hunger; repression of free speech, belief, or association; denial of educational and economic opportunities; inequitable distribution of resources or unequal decision-making power; and all other forms of societal structures associated with fostering uneven life chances, and those institutions that erode human values and shorten life spans (Jeong, 2000, p. 20). Situated within Peace Studies, Development Education aims to expose, challenge and transform such structural violence.  For example, Development Education strives to make visible the history and legacy of European colonialism, including the ways in which the wealth of the global North has been acquired and maintained through a history of exploitation.  Development Education encourages people to engage in socio-political actions that are intended to directly challenge the unequal systems that perpetuate structural violence, specifically in relation to challenging systems involving the exploitation of developing countries.

Through a participatory educational process, Development Education explores how we all, however unintentionally, might be complicit in the reproduction of a structural violence which maintains global poverty and injustice.  For instance, Development Education involves a process of critiquing how everyday norms, beliefs, habits, symbols, systems and practices are implicitly linked to maintaining global injustice and inequality.  At a tangible level, for example, how we are conditioned to consume and waste is directly linked to global poverty.  At an attitudinal level, Development Education explores how some of the beliefs those of us in the global north hold about people from the global south serve to perpetuate a “two-worlds concept” which results in highlighting differences between “us and them,” and reinforces divides between world cultures.

Overall, Development Education can be considered to be essentially compatible with efforts to promote peace.  Through the nurturing of competencies and skill sets such as; critical literacy, emotional literacy, universal values, self-awareness, communication skills, self-expression, and active citizenship, Development Education delves deep into global interdependence and the political, economic and social injustices of poverty – all of which are essential if we are to eradicate structural and cultural violence, and achieve a world based on positive peace and equality for all.