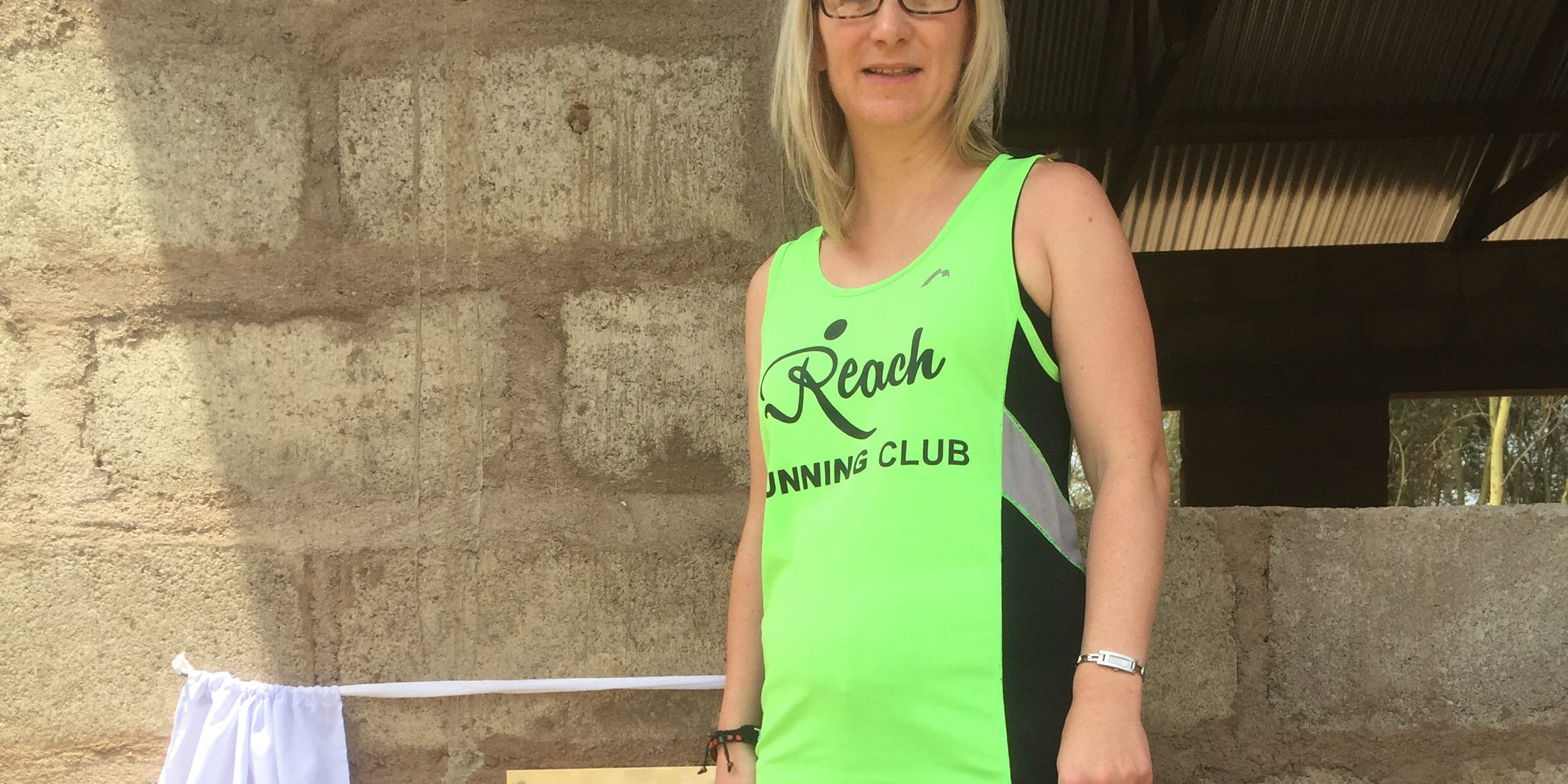 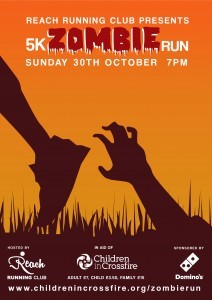 With Halloween fast approaching we met up with Bronagh Mc Laughlin the Club Secretary of Reach Running Club to find out what  inspired her to support Children in Crossfire….. and dress up as a Zombie!

What motivated you to start fundraising for Children in Crossfire ?

I currently work for Apex Housing Association and had always supported our nominated charity Apex with Children in Crossfire.  I felt inspired by stories from my colleagues of past cultural trips to Africa, therefore I expressed an interest as I knew a trip was planned for 2015.  In June 2014 I had been selected to attend the next trip to Tanzania with Apex and Children in Crossfire.  I was delighted this year when Reach Running Club welcomed Children in Crossfire on-board as our charity partner for the 2016 Zombie Run.

What was the most memorable part of your visit to Tanzania?

Outside Miwaleni Primary School in Tanzania the headmistress welcomed us with open arms and the first thing that struck me was seeing all the wee school children’s shoes lined up outside the classrooms. I felt a pang of guilt at how much my own three children have especially as I had done a clear out of shoes prior to my trip to Tanzania.

How did you get involved with Reach Running Club ?

As the Cultural  trip to Tanzania had a significant fundraising commitment I had to consider ways that I could complete this task.  I had started running by myself from January 2014 and had managed 3 miles on a regular basis.  I then considered if I would be capable of completing the Waterside Half Marathon in September 2014? I knew if this was to be achievable I would need to join a running club and get started on a half marathon training schedule.  I had heard great reports about Reach Running Club who had just had their one year anniversary so I nervously arrived one Tuesday evening to their meeting point at Sainsburys, I had no need to be worried as I was welcomed immediately and joined into one of the groups and completed 4.5 miles of running on my first night.  I explained that I was interested in completing the half marathon and joined the other runners who had just started training. I was delighted to complete the half marathon in September 14 and with the generosity of family and friends who sponsored me I had achieved over quarter of my fundraising target for my trip to Tanzania with Apex & Children in Crossfire.

Since June 2014 I have progressed through the club completing 7 half marathons and 2 full marathons and numerous other races none of which I would have been able to complete without Reach Running Club. I was also delighted to be asked by Patsy Carlin, the founder and Head Coach of Reach Running Club to join Reach’s committee as Club Secretary and have completed a Run Leader course and have become one of Reach’s 10 running coaches.

Who came up with the idea of The  Zombie run?

As no other running club in Derry had a running event at Halloween, Patsy Carlin was keen to hold the 5k Zombie run with the aim of it becoming established as part of Derry City’s Halloween Calendar. The run started in October 2014 and this is the 3rd year it has been held, its going from strength to strength and last year we had over 300 runners taking part.

Can anyone take part in The Zombie run?

We would really like friends and family to get more involved this year. The 5k can also be  walked so it’s something all the family can take part in. We also invite runners of all abilities and those completing couch to 5K around this time to come along and join in the fun.  We are asking everyone to dress as a Zombie for the event. The event will begin at 7pm on Sunday 30th October, starting from Sainsbury’s carpark, across the Peace Bridge, into St Columb’s Park and back.  Online registration is now open https://register.primoevents.com/ps/event/TheZombieRun