“Real change in the world will only come from a change of heart.” – His Holiness, the Dalai Lama

“You are my hero”, His Holiness the 14th Dalai Lama of Tibet told Richard Moore on 17th July 2007 whilst celebrating the tenth anniversary of Children in Crossfire in Derry.

Gripping Richards hand, the spiritual leader of Tibetan Buddhists said. “Whether you believe it or not, you are my hero and a wonderful son of humanity. Despite your tremendously painful experience, you don’t have any anger or hate. You accept what has happened and keep your peace of mind. You are a good example and model”. 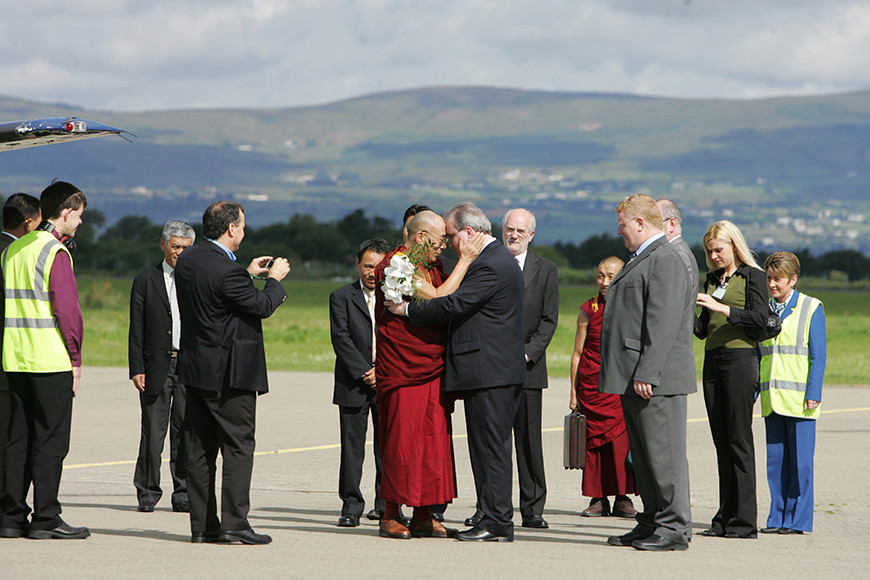 His Holiness first met Richard in October 2001 when he came to Derry as part of his visit to Northern Ireland in support of peace process. He had asked to meet a small group of victims drawn from all sides of the conflict. Richard explained to the meeting that he had found inspiration from His Holiness’ messages and promotion of the core values of compassion, forgiveness and peace, adding that he “had come to realise that forgiveness is a gift primarily to myself, I have found freedom in it”.

“You might be blind, but you can see further than people with eyesight” 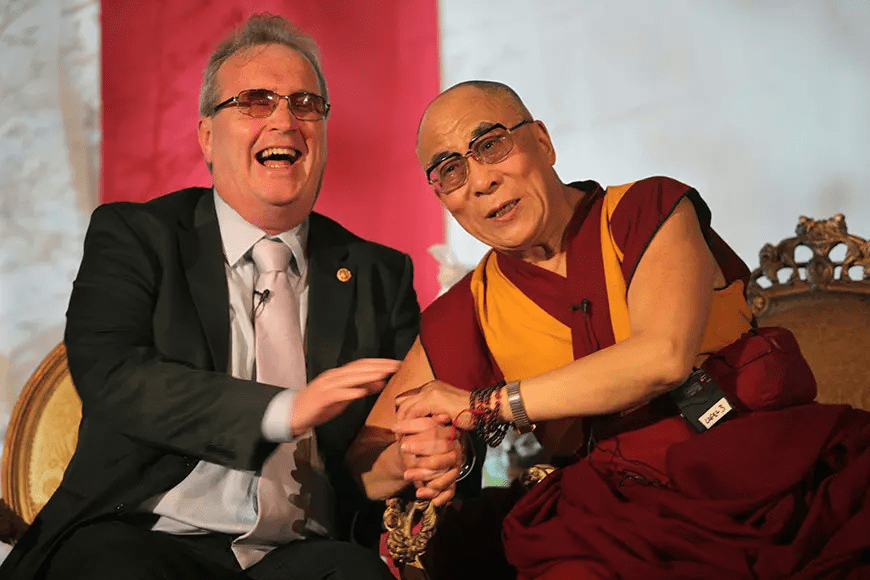 Following this initial meeting, Richard wrote to His Holiness to invite him to be the keynote speaker at Children in Crossfire’s 10th-anniversary conference.

“We wanted someone who would reflect the ethos of Children in Crossfire and the motivation behind its creation. No one better on the planet fitted this description than the 14th Dalai Lama of Tibet. He knows what it’s like to suffer but has constantly promoted non-violence despite the difficulties that face him and his people. He has both talked the talk and walked the walk.” 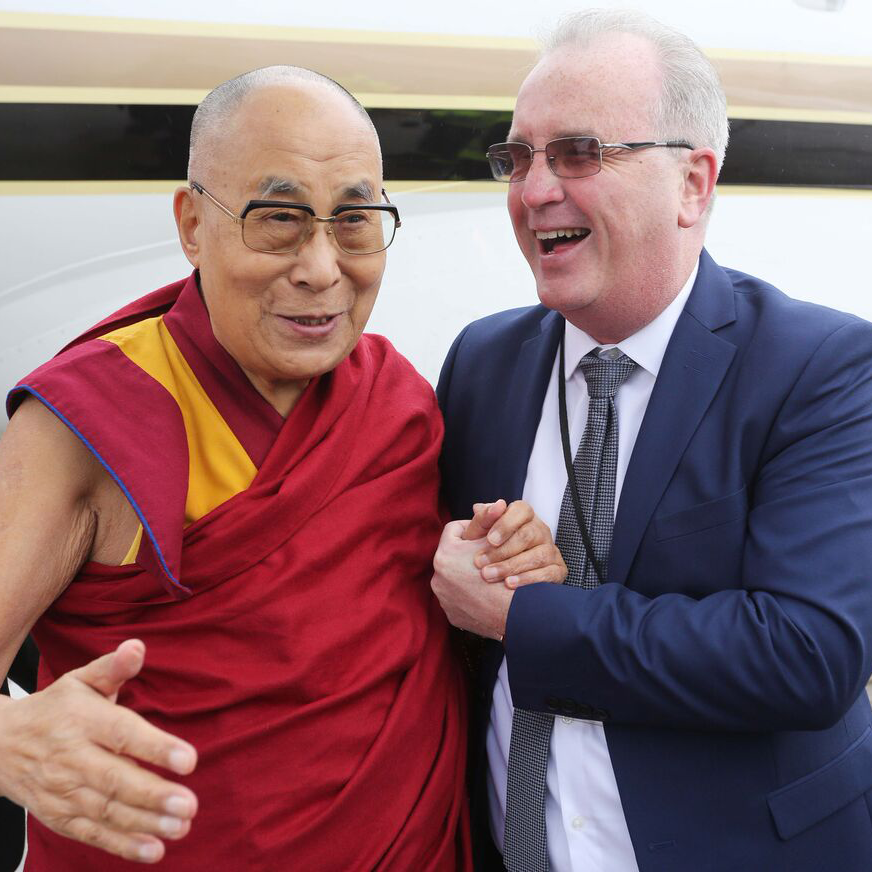 The Dalai Lama has been a key inspiration behind Children in Crossfire’s Educating the Heart initiative.

The aim of this initiative is to give teachers and students space to understand the global world and its interconnection, space to ask questions and be emotional, critical and motivational students.

"And the hope lies with the education of new generations that will inherit the opportunities and challenges of our century. It is now down to the youth of today to make a better world than the one which has been bequeathed to them”

Learn More
Go to Top
We use cookies on our website to give you the most relevant experience by remembering your preferences and repeat visits. By clicking “Accept”, you consent to the use of ALL the cookies. | Cookie settingsACCEPT
Manage consent